10 Qualities of the Female Entrepreneurial Spirit

There’s a serious need for more female entrepreneurs. The marketplace needs your fresh perspective as well as your diverse ideology. It’s a universally accepted fact that women have to overcome more obstacles than their male counterparts when it comes to their professional careers. However, this has no effect on your potential or your worth. What you bring to the table is invaluable, and in many ways, unmatched.

If you’re wondering what the female entrepreneurial spirit can offer, here are a few examples:

Research has shown that women excel in most every type of verbal communication, and make better use of their long-term memory. Whereas men tend to be more competitive and keep things close to the vest, women tend to be more open to sharing information. They’re also not afraid to ask questions and respond to inquiries. In the world of business, communication is a keystone for success and women show up already built for the task.

Men often allow their egos and competitive spirit to prevent them from working with others to achieve a goal. Women in business are learning to be more competitive, but they’re also holding on to their underlying tendency toward collaboration. This focus upon team effort to accomplish a goal, rather than on individual achievement, is particularly effective—especially within a small business where there’s an intense need to work together in order to succeed.

The ways in which companies conduct business is ever-evolving. For example, the corporate world did well for many years in dealing with the Baby Boomer generation. However, now it’s the Millennials who are overtaking the Boomer’s buying power, and they have a much different outlook on life and how they relate to businesses. Some corporations have been slow (or stubborn) to change and are suffering the consequences. Being stubborn and stuck in a “this is how we’ve always done things” mindset isn’t going to work with the next generation, so adaptability becomes a must. Women have an innate ability to adapt to different groups, perhaps due to their role as caregivers or their tendency to cooperate and work with others. Whatever the reason, it’s a powerful skill that will drive success in business.

In 2013, a study by a UK based psychologist revealed that women were faster and more capable of rapidly switching tasks when under pressure. Due to the way most western societies are structured, women have been juggling work, family responsibilities, relationships, and more, for a very long time. Not to mention they often do it with limited time and resources. It’s no wonder women are capable of handling the various tasks of running a business.

The world of business is highly competitive, which makes being creative and resilient crucial. Women have had to overcome so much, both in society and the workplace, and have powered their way through—not by force—but by using their strength and creativity to develop savvy solutions. Instead of viewing setbacks as hindrances, they view them as challenges that can be resolved. This is why most women who go into business stay in business.

Women have a natural penchant for paying attention to their environment and people. This is a valuable trait since attentiveness is essential when it comes to establishing, building, and nurturing relationships—a key component in entrepreneurial success. Strong bonds are vital when growing and developing a business, and a woman’s intrinsic ability to create such relationships is a real asset.

The ability to perceive and understand your emotions, and the emotions of others, is called emotional intelligence, or EQ. Studies have shown that women on average have an edge over men when it comes to EQ. This is an important trait, especially for anyone in a leadership position and for those running a business.

More and more businesses are recognizing the value women bring to a leadership role. In 2018, Deloitte, a leading consulting, tax, and advisory service, conducted a study that showed how today’s employees want leaders who can balance soft and hard power traits. Out of the top five identified leadership traits, three are the soft power traits of patience, communication, and flexibility—all traits in which women are known to excel.

The study also found that employees are looking for authentic, and transparent leaders who recognize their own weaknesses. Once again, female entrepreneurs have the advantage here.

Women do not give up easily. How many women do you know who work a full day, come home and take care of the kids, house, and even the dog? When tomorrow comes, they do it all over again, and they keep doing it until they get what they want—no matter what. Women are nurturing and tender, but they’re also tough and strong. Some may say, “It’s not personal, it’s just business,” but not the female entrepreneur. It’s all personal because she’s pouring her heart and soul into everything she’s doing. When things get hard, you can bet she’ll get creative and find a solution. It’s a part of who she is, and it’s that blend of care and determination that makes success inevitable.

A Different Approach to Risks

Conventional wisdom has long held the notion that men take more risks than women. Since entrepreneurship inherently involves many risks, it has been assumed that male entrepreneurs were more likely to succeed and outperform their female counterparts.

A 2017 study by the University of Exeter in the UK proved that this line of thinking was flawed and based on false assumptions. The study presented compelling evidence that women are not more risk-averse than men, they simply take different kinds of risks than men. Women are risk-takers, they just take more considered and calculated risks. A valuable trait indeed when some risks, at least in the world of business, could involve large sums of money or potentially severe consequences.

The bottom line is this: your mindset plays a huge role in how you view yourself, the world, and life in general. Your mind is a powerhouse of thoughts, feelings, and ideas, but you must direct that power or it can work against you. Everyone has dreams or goals they want to accomplish in life, but many don’t achieve them. Why? The answer is almost always mindset.

It’s possible to shift your mindset from one of defeat to one that is success-oriented. Begin by identifying limiting beliefs, and adopting a growth mindset. The only limits you have are the ones you allow.

Have questions? Contact me for your free strategy call. 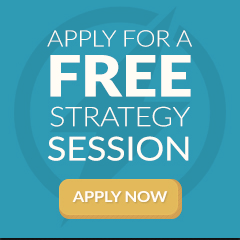